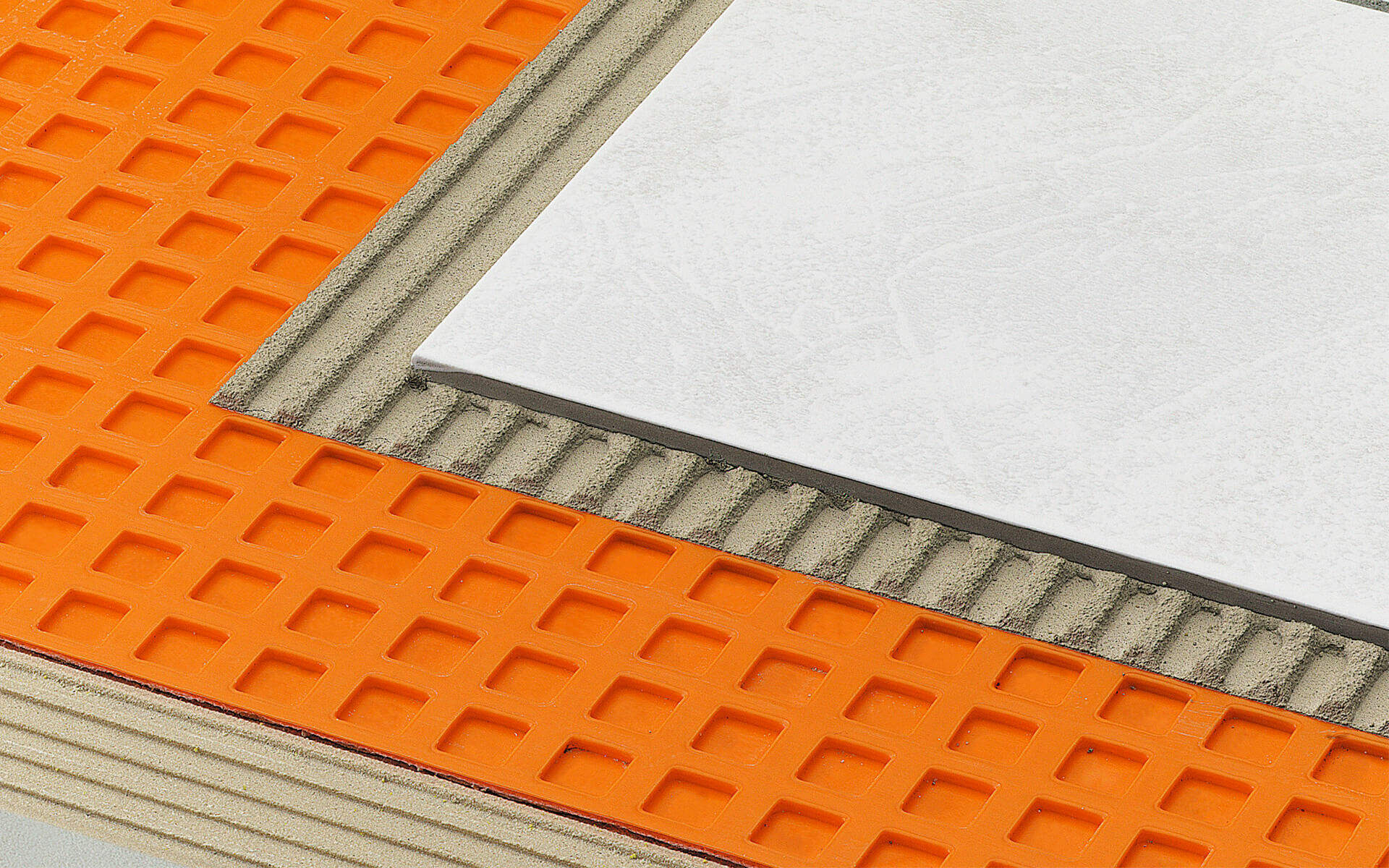 Tile Expansion Joints: Design and Fit Them Like a Pro

Blog » Tile Expansion Joints: Design and Fit Them Like a Pro

If the tile-to-tile joints between ceramic tiles are the essential elements for reducing the rigidity of a tile covering on its outermost layer (that formed by the tiles themselves), then the tile expansion joints constitute the multilayer construction solution for absorbing the different types of forces arising from the movements generated in the substrates and/or the structures on which that system is seated, or those that are generated within it for various reasons.

The tile expansion joints are, therefore, breaks in the tile covering that normally affect the entire cross-section of the system and that are filled with a permanently deformable material.

Depending on their function and location, we differentiate between structural, perimeter and intermediate joints.

But, what are the general criteria for the correct layout of the tile expansion joints depending on its typology?

They meet the need to divide the substrate to prevent the appearance of uncontrolled cracks.

The joints must be the same width or wider than the pre-existing joints. A wider joint is used in anticipation of forces additional to those from the substrate and generated in the tile covering multilayer system.

The width must provide for four times the maximum movements expected and never be less than 10 mm. For greater widths, it is recommended to put metal reinforcement in place that protects both the sealing material and the edge of the adjacent tiles.

If the joint must be sealed directly on the pre-existing fill, a separation strip should be put in place.

Consideration for the width and layout over a pre-existing structural joint means the location of the remaining joints must be designed based on it. Sometimes, the layout of a ceramic tile joint pattern can be conditional upon the alignment with a structural joint.

A structural tile expansion joints must reach the depth of the pre-existing joint, although the reinforcement/protective profiles can be anchored on a separation layer or on the levelling base.

On the structural joints, the width of the tile covering joint must coincide with the width on the substrate.

If the pre-existing joints are not executed correctly, if they are not straight and parallel to each other, or if their distribution does not coincide with the tile covering joint pattern, a new joint layout must be planned that is compatible with the existing joints. This task is the exclusive responsibility of the specifier.

They should be used around any construction element that represents an obstruction or serious limitation to the movement of the tile covering.

The perimeter joints must be located at all the junctions of the tile covering with construction elements that limit its movement or may generate forces in it.

A perimeter joint of at least 6 mm width should always be observed and executed and it must reach a depth of at least the decoupling or separation layer.

If regulating, levelling or slope-providing layers are required, expanded polystyrene profiles or strips must be put in place to form the future perimeter tile expansion joints. In many cases, the polystyrene will act as the fill material. The minimum width of these types of joints must be 6 mm.

As the thickness of the ceramic tile plus the adhesive far exceeds the minimum width of 6 mm, there should be no functional or aesthetic problem in locating the perimeter tile expansion joints under the skirting or tile covering. Good sealing over the fill material gives an optimal finish.

The covering ceramic tile or the tile that serves as a skirting or base board must always be placed lightly over the tile flooring for the obvious reason of not compromising the movement, as well as preventing acoustic bridges.

The same specifications are used for tile covering as for perimeter joints on flooring. At the junctions between enclosures and partitions, a tile expansion joint must be installed on surfaces larger than 10 m2 when movements in the substrate are envisaged or environmental or usage conditions require it.

It should be noted that perimeter joints between walls also significantly contribute to acoustic insulation, therefore we advise their inclusion in all cases.

On tiled floors with a surface area of less than 10 m2, the perimeter joints can be omitted if it is considered that hygiene, waterproofing or the ascetics of the covering may be adversely affected. In this case, the ceramic tile should be at a minimum distance of 5 mm from the construction element that delimits its potential movement.

The intermediate joints subdivide the whole tiled area into smaller sections, so that each section behaves well in the event of its own or outside movement.

These tile expansion joints must be considered for all types of exterior flooring that have a length or width greater than 10 m. They must be put in place every 4.5 to 5 m to form sections with a surface area no greater than 25 m2.

This layout must also be followed for interior flooring with radiant heating, interior flooring exposed to sunlight, subjected to dynamic or static building loads, or movements arising from the structure or substrates.

On large surface areas, it is advisable to divide the flooring into sections with a side length of 24-30 m, with movement joints dimensioned in width and depth for absorbing the forces arising from the structure and the substrate. Each section should be subdivided into grids of side 8-10 m with joints of 6 mm width and depth down to the separation layer, which will receive the local forces within each section. A layout of this type allows the width of the intermediate joints of the sections to be reduced and to conceal the tile expansion joints of the grid with the tile-to-tile joints.

As a large surface area is usually associated with heavy duty use, the intermediate joints should be coupled with the structural joints to form a true partition network that must be defined in all its variables in the project phase.

In other interior floorings, intermediate tile expansion joints should be put in place every 8-10 m. These intermediate joints must go down to at least the levelling layer.

The same specifications should be applied to tile covering as to the flooring.

Special attention should be given to the design of tile expansion joints on exterior coverings where, depending on the degree of sun exposure, expected movements and weather conditions, vertical joints should be put in place every 3.5-5 m to form a grid with the structural joints and perimeter joints, if there are any.

These joints must always have a minimum width of 10 mm and depth to the substrate.

With this grid layout, the joint pattern is divided into sections of regular area so the forces are adequately distributed in a stratified way.
Under normal conditions, it is advisable to divide the ceramic flooring into 40 m2 sections (for example, with dimensions of 8 x 5 m).

These are the general criteria for the correct layout of the tile expansion joints depending on the type.

It is possible that some modifications may have to be made depending on the country we are in and its particular regulations, if there are any.

We hope you have enjoyed this post. We would love to read your comments and opinions. 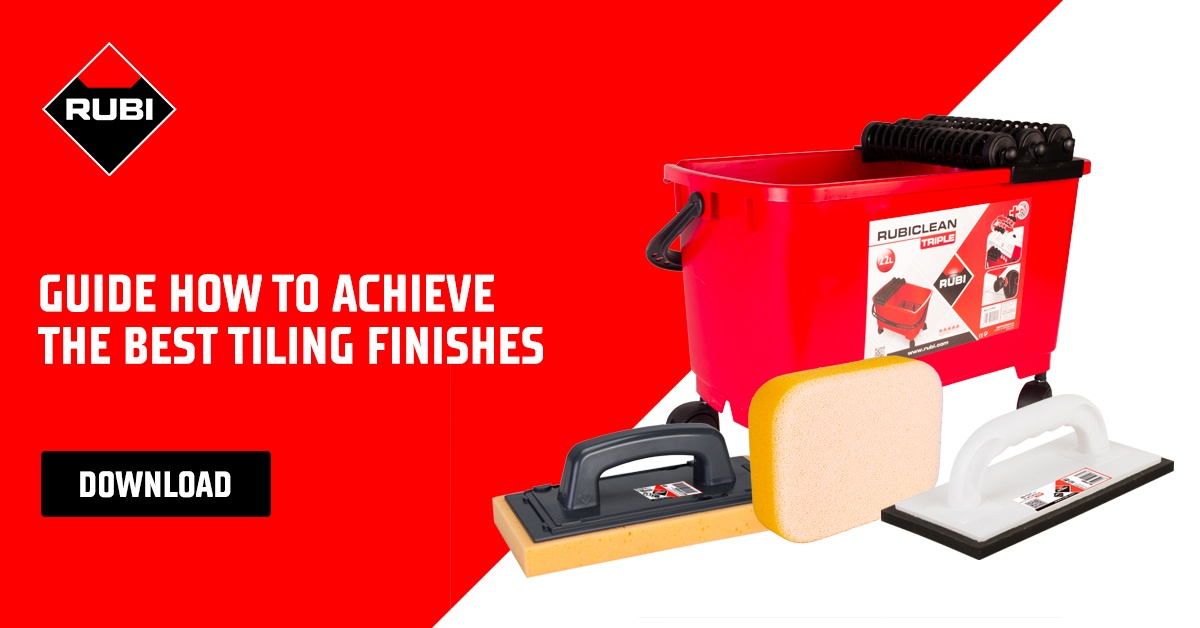 Floor Trim: 4 Tile to Carpet Transition Options
How to Use a Tile Cutter