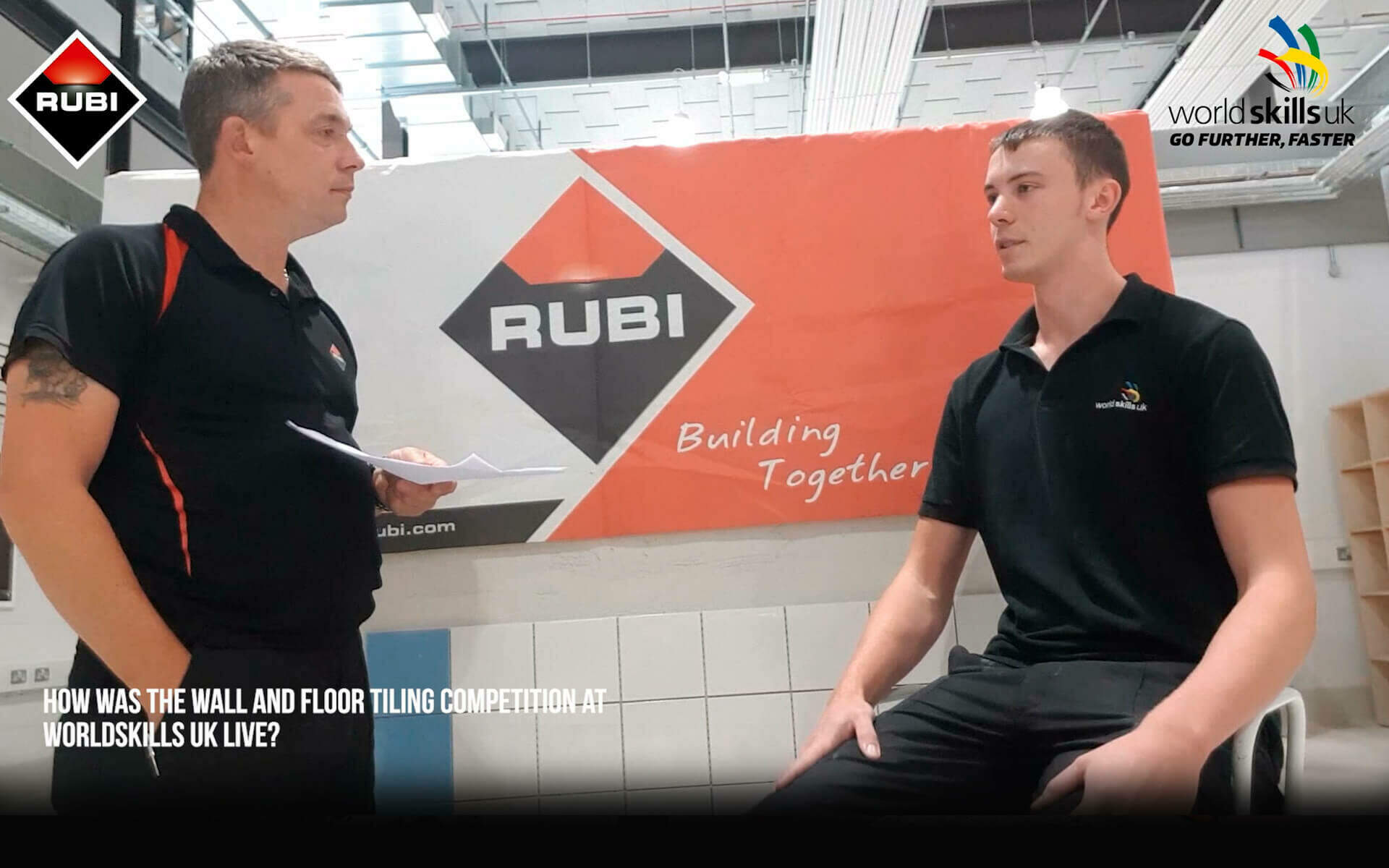 We’ve interviewed Mark Scott during his training at City of Glasgow College. Mark, who’s sponsored by RUBI UK & Ireland, will represent the UK in Wall and Floor Tiling at EuroSkills Budapest 2018.

As we’ve announced at the beginning of the year, RUBI UK & Ireland sponsors the WorldSkills UK program in Wall and Floor Tiling, who aims to accelerates young people’s careers giving them the best start in work and life.

WorldSkills organises the world championships of vocational skills and is held every two years in different parts of the world. The organisation, which also hosts conferences about vocational skills, describes itself as the global hub for skills.  WorldSkills UK is responsible for training and managing the UK team for the WorldSkills Competition.

In this sense, RUBI UK & Ireland sponsors and supports with resources, such as tiling tools and clothing, to support the training of Mark Scott and Daniel McBurney who are currently training with the aim of representing the UK in Wall and Floor Tiling at WorldSkills Kazan 2019. The support from RUBI UK and Ireland provide vital support for competitors to showcase their abilities.

Mark and Daniel are being trained for the WorldSkills Competition by Paul Doran, a lecturer at Southern Regional College, Northern Ireland and WorldSkills UK Training Manager. As part of the training programme, Mark Scott will represent the UK at EuroSkills Budapest 2018, next 26th to 28th September.

Weeks ago, our Sales Rep for Scotland, Steve Goldsmith moved to City of Glasgow College, where Mark Scott is training for the Wall and Floor Tiling at EuroSkills Budapest 2018, to get to know him.

Let’s discover the candidate of the UK Squad in this interview:

We wish you all good luck! You’ll beat it! 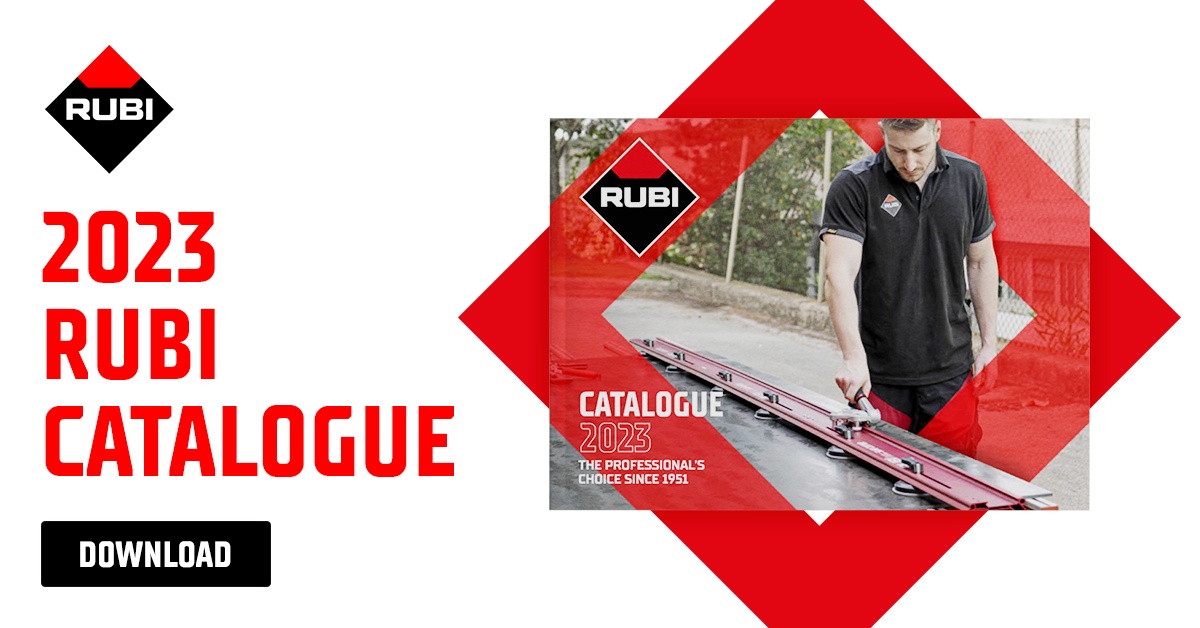 The Slim System cuts large format porcelain tiles and the Slim Breaker breaks it all!
Why you should have the Club RUBI APP